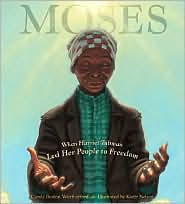 Saturday we kicked off the day with a panel on Creating an Extraordinary Picture Book, moderated by Arthur Levine. Here are a few quotes in response to the question, "What makes a picture book extraordinary?"
AL: "It achieves its goal with integrity and distinction."
KN: "The art and the text should speak to a universal and personal truth. The author and artist are being honest in an extraordinary way."
EB- "One that lasts. Something that gets to the heart in an extraordinary way."
ML-"It has a strong appeal to both children and adults and makes them want to read it over and over again. There is a personal connection between the reader and the story."

Next I attended Kadir Nelson's talk on Words and Pictures. This was a talk on Kadir's influences and his process on book-making. In case you couldn't tell by his art, the classical masters had a great influence on him. He loves to refer back to them for inspiration. He explained that he has a check list while he creates pictures that include principles such as mood, lighting, composition and scale. Looking at his art was definitely awe-inspiring. Something that Kadir stressed was that "truth resonates." I think this is important. If you try to do something that is not truthful to you as an artist, it will show in your work.

After lunch we listened to the survivor's tale of how Ellen Hopkins climbed to the top with her novel-in-verse, followed by the Agent's Panel. The afternoon continued with David Wiesner's talk on Picture Book Basics. He is such a nice guy! He kept his talk really short so we could mostly do Q&A the whole time-amazing, huh? Anyway, he did mention that with all of these portfolios he is asked to view at art schools around the country, he's noticed that there is a serious lack of drawing ability that often hinders brilliant and wonderful ideas. "Take a figure drawing class for goodness' sakes!" He reminds us that this "is not about making precious drawings, it's about learning the craft" because "observational drawings are at the heart of everything we do." Good stuff, right?!

Following that discussion, a few friends and I decided to skip out on the whole "7 Reasons why Your Manuscript Gets Declined" talk. We were lagging in energy and sitting in on an obviously author-centered talk was not our idea of a good time. Instead we headed to the mall nearby and treated ourselves to Pinkberry. Yu-hum! Soooo worth it. Recharged on sugar, we headed back to the hotel to get ready for the Blue Moon Ball and the Portfolio Showcase.

There was some great talent at the showcase and for the first time, I felt like I was running more in the middle of the pack, rather than at the bottom; Go, me! haha! Unfortunately, I didn't get to flip through everyone's portfolios, as people were clustering all over the place and I still needed to get ready for the ball. I grabbed a bunch of cards though, and will be checking those out later. Here are the winners! (Some gorgeous art. Did you notice that two of the winners had a retro/nostalgic feel to their work? )

The Ball...Umm, let's just say what happens in LA, stays in LA? Here are some pics for your amusement, though.
Posted by Diandra Mae at 12:44 PM