I don't know what's going on, but I am an art machine this week! Look at the cool things I've managed to get accomplished:

1. Drafted, revised (multiple times), and posted for critique: a PB manuscript for which I've had the idea since Christmas of last year.
2. Sketched out, revised and drafted my illustration for the Soup Challenge due on the 1st.
3. Finally used one of the many Wordsworth poems I have tagged to inspire a personal painting. (see below) It was actually going to be a multimedia piece, but I had too much fun painting to stop. Maybe I'll do another one on a smaller scale so I can really experiment.
4. Posted a small set of illustrations for the Soup Blog.
5. Had a brainstorm for another PB story!

Now I think I'll get a start on my Challenge piece. I'm kind of experimenting, and I want plenty of time to redo the piece if necessary.

Here's what I did today: 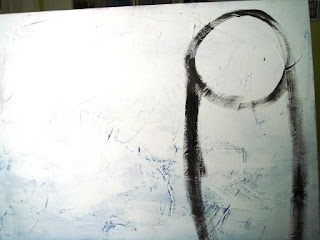 Any idea of what it is? 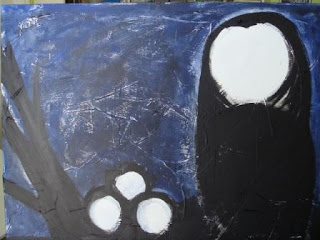 I've been experimenting with blocking. 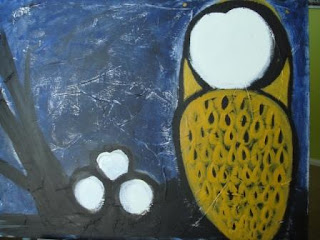 Surely you can tell what it is now? hint: Her back is to the viewer. 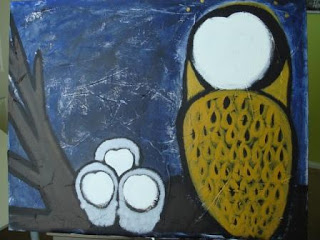 The gold looks much richer in person, and there are metallic undertones. 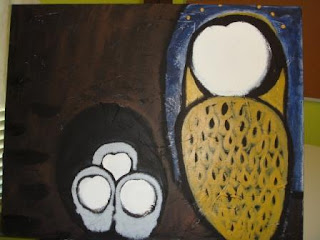 I changed my mind about that branch. It was just wonky to me. 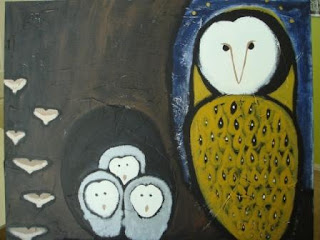 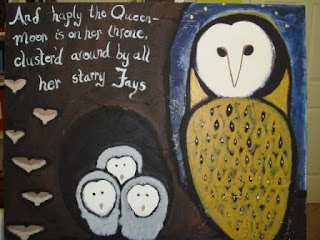