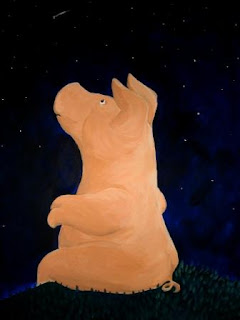 "Some might say that Hamlet had gone to extremes to ensure he would be able to watch the flight of Halley's Comet . He didn't believe giving up television and sleep for one night was a big deal, because the next chance to see the comet was an extremely long way off-2061."

I painted this piece for my son's nursery. I had another version of this, but I wasn't too fond of the execution. (It was done a few years ago, when I had picked up the paintbrush and started creating again after a ten year hiatus.) Scroll down to see the original, monochromatic version of this picture. 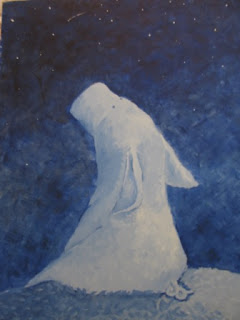